Opto 22 has released a new series of workshop videos—Intro to Node-RED—hosted by Terry Orchard.

In the series, Terry shows how to use Node-RED with your Internet of Things (IoT) projects.

Open-source Node-RED is included in the groov Edge Appliance. With Node-RED built in, you can quickly build simple logic flows behind operator interfaces that interact with devices, software, online services, and more.

The videos are available on both the Opto 22 website and on the Opto Video channel on YouTube. 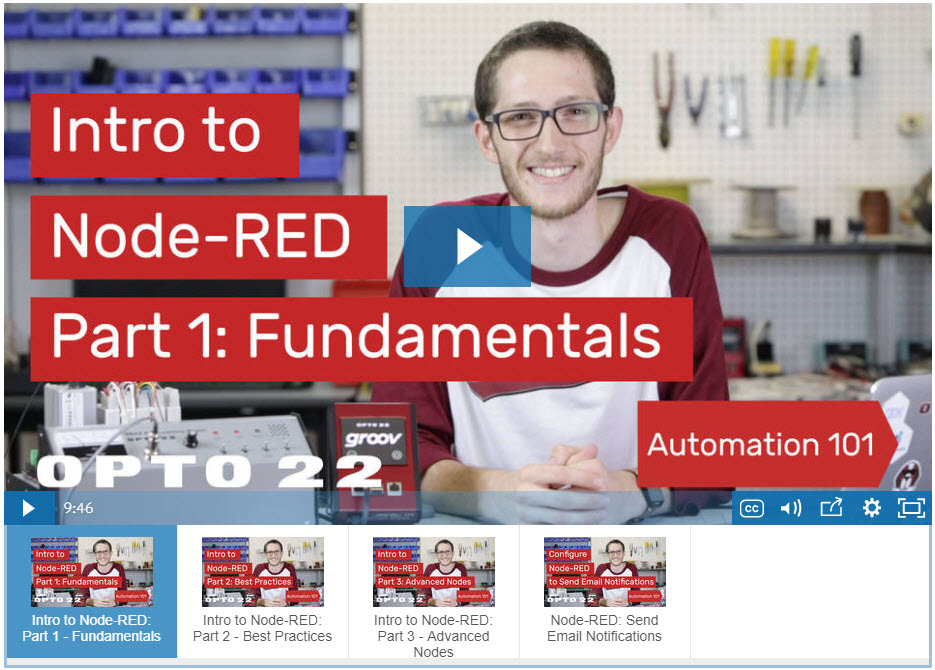