Read an Integer Array with the OptoMMP Function Blocks

In this third example, we’ll read an array of integer values from the Scratch Pad area of the OptoMMP memory map.

The goals of this example are:

This example assumes you have basic familiarity with creating and running an application in the CODESYS Development System. It also assumes you’ve read the Hello, world! and Write an Integer examples.

The variables for this example are:

The implementation is quite similar to the previous examples:

This example in Ladder Logic (LD) is very similar. Here’s one way it could be written: 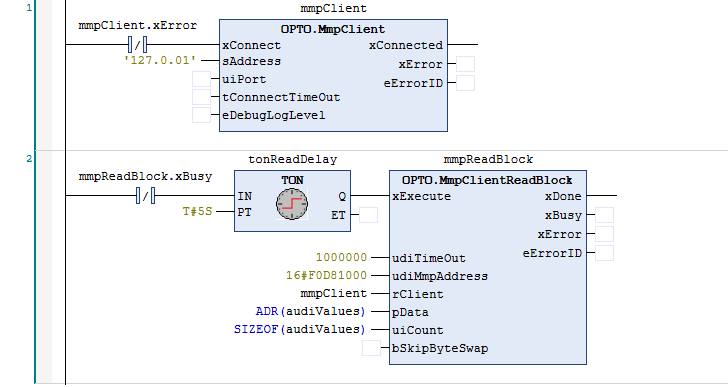 This example in Structure Text (ST) is very similar. Here’s one way it could be written: 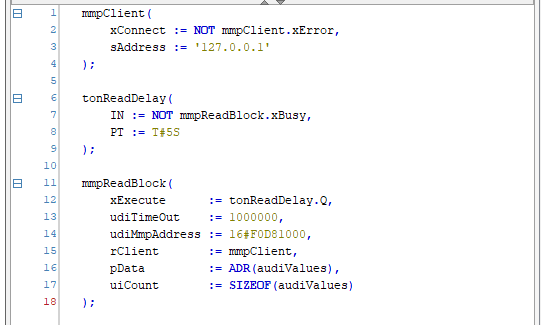